I am a Flemish translator but I translate into Dutch. This one short sentence can lead to so much confusion. I mean… Flemish is a whole different language, is it not?

To answer this question, we need to make the distinction between spoken and written language. 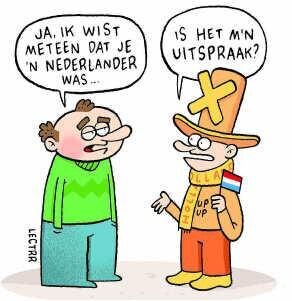 Written language is a different matter altogether. Most texts can be translated into Dutch by either a Dutch or a Flemish translator. There should be few to no differences. However, some translation agencies would not necessarily agree. Yet all things considered, good translators are professionals.They know what vocabulary and syntax should be used to write a text that is suitable for both Flanders and the Netherlands. Even the best Flemish or Dutch translator will occasionally use terminology or syntax that is a bit more Flemish or Dutch. The reader will probably not notice the difference. However, some companies, especially those in the Randstad (Amsterdam-Rotterdam-The Hague-Utrecht), have their own (non-Dutch) language and are extremely intolerant, even towards fellow-countrymen from outside their region. Should there ever be a problem, it is most likely down to the translator who is not capable of producing a quality Flemish/Dutch text or it is due to the intolerant attitude of the company or intermediary. Flemish words and Flemish syntax used to be considered incorrect. Even the leading dictionary, Van Dale, participated in this discrimination by giving all Flemish words a label but not doing so for the typical ‘Dutch’ words. The Dutch from the north was unjustly considered the only correct standard and all other variants of Dutch were inferior and wrong. As history has shown, there has been a prevailing feeling of superiority among Dutch translators from the Netherlands over those from Flanders. Meanwhile, this feeling of superiority in the Netherlands has largely disappeared and has been replaced by a form of mutual respect and even interest in the language and vocabulary of colleagues across the border. In addition, Van Dale has decided to give a label to typically ‘Dutch’ words in order to treat both countries as equals. Some Dutch people now also use typically Flemish words. It therefore is no surprise that the Dutch Language Union has determined that the written language of both countries is increasingly converging. Now all we need is for some translation agencies and their customers to realise this!

There are, of course, exceptions: for example when you have a text filled with cultural references or when the reader is addressed in a very informal way. In this case you need a local translator. And in this case, it is very hard to produce a text that can be used in both countries. However, these types of texts make up only a small portion of all translations into Dutch.

Recently, a customer asked me to translate a Dutch text into Flemish. He thought this would require a lot of work. When I read the text, it quickly turned out that not much had to be changed to adapt it to a Flemish audience. Apart from a few things, the text could be perfectly used in Flanders and nobody would notice it had been written by a Dutch person. However, I did have to write Dutch words where the writer had used English or French!

If you are looking for a Dutch language translator, you can work with either a Flemish or a Dutch translator unless of course your text contains a lot of cultural references or is very informal.

PrevMachine translation: Babel or babble?
Why a professional translation or text is importantNext